This success story caught the eye of Delalande, with the pharmaceuticals group deciding to acquire the laboratory from the Mavromati family in 1977. 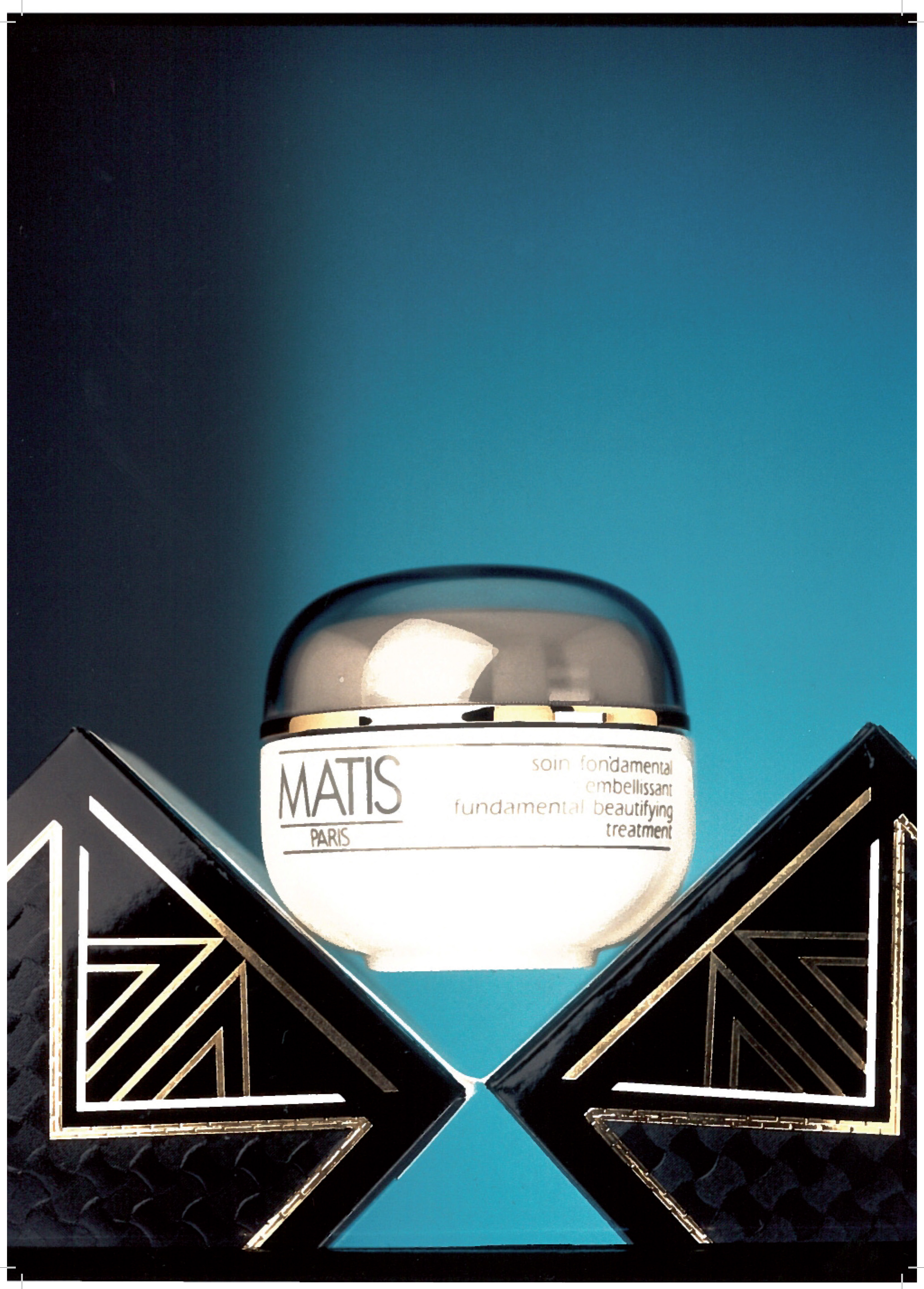 These years spent within the group were a boon for the little laboratory now known as LaboratoireMatis, lending it structure, helping it upgrade in terms of quality and align with pharmaceutical manufacturing standards while elevating its expertise and creativity. That same year, the Matissimes were launched, the laboratory’s very first comprehensive range, and a resolutely contemporary line featuring products centered on ‘super foods’ such as grapefruit, avocado, and mandarin. The laboratory’s identity as an effective, trend-lend, creative brand with an emphasis on sensory appeal had emerged.

The Matis laboratory needed space to breathe, and broke free from the Delalande group in 1981, re-branding as Matis Paris and now headed up by Mr. Camboulive, a chemist by trade, and his wife (birth named Delalande), a cosmetics instructor. The couple continued to uphold Dr. Mavromati’s values: a firm belief in the idea that sensory and emotional aspects must be paired with product action for total effectiveness. The decade that ensued was a whirlwind of products aimed at beauty therapists, awash with single-dose professional kits and the very first fruit acid-based exfoliators, a revelation for beauty professionals who found their technical expertise enhanced by the effectiveness of the products.

For the consumers, this period marked the dawning of the very first serums, the Activateurs that evolved to become Les Forces a dozen years later, in addition to refills for creams - an eco-friendly solution ahead of its times. This decade also ushered in the ultra-effective Crème Fondamentale Embellissante, still a cult classic today. The brand began setting its sights beyond France’s borders in an outward-looking, openminded approach that yet again illustrates its dynamic, pioneering spirit, gaining a foothold in Moscow, Johannesburg, Montreal, Milan, Dallas, Istanbul, Shanghai, Beijing, and capitals,countries, and continents between.